Claire Merquita has worked as a writer, producer and educator in the media and broadcast industries for the last six years. In Singapore, her work has appeared on television, film, corporate video and collateral, audio tours and the local press.

In 2014 she moved to Melbourne as Singapore/Malaysia Country Manager for Pozible, Australia’s largest crowdfunding platform. Now General Manager, she handles PR, Community and Partnerships while overseeing a small, vibrant team. 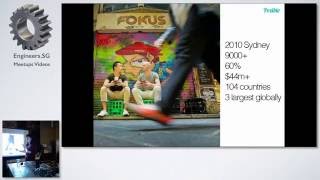